Dealing with a narcissistic partner can be daunting and bring out incredible anger in you, especially If you don’t know what you are dealing with. We briefly describe narcissism, and how narcissists can greatly affect you, as their partner, and push all your buttons. You may decide to throw in the towel, but many such relationships a worth saving- If you learn how to disarm the narcissist while surviving (and even thriving) yourself.

Betty and Jason had been married for 5 years and were now being seen in couples therapy because of almost constant conflict. Jason saw the problem as “Betty’s anger” which he couldn’t cope with and caused him to completely emotionally shut down. He constantly threatened divorce lamenting that he wished he had married a “sweet” girl. Betty said her anger was only because of him; she had many friends and no history of anger problems in any other relationship or areas of her life. But, she indeed was enraged with her husband who constantly berated and criticized her, tried to lower her self-esteem, could not satisfy her most basic needs as a woman, and constantly manipulated her by giving her hope for change and then completely reversing himself the next day. She called it “crazy-making.”

What is a narcissist?

For Bill, the marriage wasn’t perfect, but then he had lower expectations. Most of his unhappiness was in reaction to her unhappiness. He was happy to keep things as they were even though they had little in common anymore. Mary complained that she was emotionally lonely in the marriage, that Bill didn’t communicate with her, that he drank too much, and that he rarely paid attention to her anymore. She suspected he was having at least an emotional affair with a co-worker, though Bill denied this, pleading that they were just close friends.
END_OF_DOCUMENT_TOKEN_TO_BE_REPLACED

We welcome this guest article by Dr Tina Tessina describing how conflict, resentment and anger around money issues can jeopardize a marriage or relationship. She also instructs couples on how to have discussions around money and provides resources on how to better budget to reduce financial stress and anger.

The most valuable thing in a long-term stable relationship is having a partnership, and most new couples don’t realize that money is a major factor in marital happiness. Money is one of the biggest generators of problems, arguments, and resentment in long-term relationships. Couples argue about spending, saving budgeting, and disparity in earnings. When couples have difficulty with money, it can lead to financial infidelity: out-of-control spending, lying and hiding finances; which can destroy the relationship. Overcoming money problems together and working as a team will strengthen the bond between you, and help you create a healthy, lasting partnership.

Money doesn’t have to be a wedge between you and your partner. It can be a great tool for learning more about one another and using money matters as a discussion point can help your relationship grow and thrive. Money can create misery or happiness, depending on how you manage it. Making long-term plans, helping reach goals and improving your quality of life are just some of the things you will be able to accomplish if you work together.
END_OF_DOCUMENT_TOKEN_TO_BE_REPLACED

I am pleased to offer this guest article by colleague Dr. Steve Rockman for couples who need to re-ignite that love feeling for each other. The advice given in this article is common sense in many ways and profoundly true! Establish a “Love Bank” and start making deposits. If you want more, start giving more! Be nicer to each other and be less critical.

Having been a therapist for over thirty years, I am always pleased to find new ways of helping couples. A few years ago, I discovered a treatment approach by Willard Harley that’s short term and practical. Combined with other techniques that I use, this approach has proven effective. Furthermore, it offers hope to relationships that seem hopeless. I’ve had several successful cases where one member had fallen out of love, ready to leave the relationship. If you’re interested, read on.
END_OF_DOCUMENT_TOKEN_TO_BE_REPLACED

Outside Stressors, called “thirds” can destroy your marriage no matter how much you love each other. Successful couples of course should love each other, but they also must have skills to deal with common stressors of married life. Moreover, they need additional skills to deal with each other around these stressors, says Dr. Tony Fiore, who has seen hundreds of individuals and couples in relationship trouble.

What are these “thirds” that are destructive to a relationship?
A destructive third can be anything that prevents a couple from having a close bond, having each other’s back and prioritizing their relationship. Thirds can create havoc in a marriage, yet the problem is not strictly a marriage problem per se. The real problem is inability of a couple to successfully deal with an outside stress threatening the marriage.

Common thirds that I see in Couples Counseling in Orange County are:

END_OF_DOCUMENT_TOKEN_TO_BE_REPLACED

I am pleased to offer a guest blog by Michelle Weiner-Davis, whom I have known for many years, and popular author of "The Sex -Starved Marriage." She gives practical and sensible advice for both partners on what to do if one spouse doesn't want to have sex.

When a Spouse Doesn’t Want to Have Sex

It has been two months since Janet and Mark have had sex. They’re hardly speaking to each other. If you asked Janet about this, she would say that their home has become a battle zone-they fight about every little thing. Janet goes out of her way to avoid Mark to protect herself from his wrath.

Mark tells a different story. His anger, he believes, is justified. He is fed up with Janet’s lack of interest in their sexual relationship. “She never initiates sex. She recoils when I try to kiss or hug her. I’m tired of being rejected.” To cope with his unhappiness, Mark spends longer hours at work and busies himself on his computer at night, deepening the chasm between them.

Both Mark and Janet think that the other one is to blame for the problems between them. They have hit an impasse. The result: A sex-starved marriage. And sex-starved marriages are surprisingly common. In fact, in about one in three marriages, one spouse has a considerably larger sexual appetite than the other. This in and of itself is not a problem-it’s how couples handle their difference that matters.

Many couples who have tried marriage counseling feel it doesn’t work. However, Dr. Anthony Fiore, a therapist who has treated hundreds of Orange County couples during the past 30 years, disagrees. He argues that marriage counseling is as important therapy tool as it ever was. However, for it to be effective, the timing has to be right. The therapist has to make sure that both parties in a troubled relationship are totally committed. Discernment Counseling is the all-too-often omitted first step.

A guide for Orange County couples on the brink of divorce

If you feel this way, you’re not alone. But, as you’ll see, there’s hope at the end of the rainbow.

I don’t think there’s anything particularly “wrong” with marriage counseling. (If I did, I wouldn’t still be offering it to Orange County couples on the brink of separation.)

All too often, however, both parties aren’t fully committed to their partner and the relationship.

In situations like the one described below, even the most skilled therapist and well-planned program doesn’t stand a chance!
END_OF_DOCUMENT_TOKEN_TO_BE_REPLACED

Husbands who fail to help with chores, child care, and daily household tasks is a leading cause of household anger and deteriorating relationships.

In situations like that, women often feel justified in being angry, frustrated and fatigued—and verbally expressing their discontent. But, wives are not justified in verbally abusing their husbands to get them to do more.

The right way to get your husband to help around the house involves teaching wives a better way to communicate and motivate their husbands. This is one of the most important ways marriage counselors can reduce relationship anger.

Assertive communication involves learning to express what you need or request without anger or rage. Anger and rage usually makes things worse and invites retaliation. In addition, parental anger is very harmful for children to witness.

END_OF_DOCUMENT_TOKEN_TO_BE_REPLACED 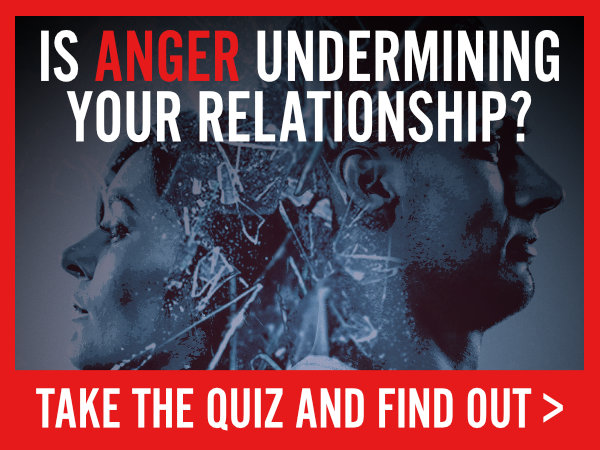